Humanitarian Aid and Security in Somalia – Separate, but Still Unequal? 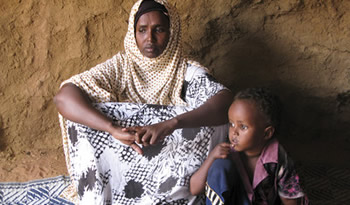 On Thursday, an impressive group of world leaders lead by Prime Minister David Cameron gathered at Lancaster House to discuss Somalia. But like many international conferences before it, the outcome was known well in advance of the first plenary.
Indeed, in the weeks leading up to the conference, “leaked” copies of a draft communiqué had been floating around the Internet.
What we knew from this draft – and what has been confirmed in the final communiqué and statements of many participants – is that the conference’s overwhelming focus was the security situation in Somalia. That meant terrorism and militancy (in the form of Al Shabab), the roles of the Transitional Federal Government (TFG) and African Union peacekeepers, and piracy.
One would think that a focus of the London Somalia Conference would have been humanitarian concerns, given the severity of the humanitarian crisis. Even now, with famine in the Horn officially declared over, millions of Somalis are experiencing acute shortages of food, shelter, and health care. And since Somalis have spent the last year fleeing drought and militias rather than sowing seeds and raising cattle, the food security situation is precarious.
In the past, you may well have heard those working in the ‘humanitarian’ community clamouring for humanitarian and development concerns to be made central to a conference of this type. But in today’s world, a political and security-focused conference of this type throws up dilemmas for us. In fact, the UN’s Emergency Relief Coordinator, Valerie Amos, agreed to co-chair a humanitarian side event, but only on the condition that a line was drawn between the humanitarian event and the main conference.
With increasing difficulties in gaining access to assist populations in need, most international aid agencies prefer that humanitarian issues be kept entirely separate from the international political and security agenda. They fear the politicization of aid and the resulting lack of access to populations in need. Aid agencies have seen how the use of humanitarian issues to justify military or political actions can backfire and impact badly on the most desperate of populations. They are aware that they must maintain a strictly neutral stance, and not be associated with any party to the conflict. And they are already resisting pressure by donor governments to direct their assistance in line with the political objectives of those donors – such as pressure to direct assistance into areas “liberated” from Al Shabab in order to provide “peace dividends”, rather than directing their assistance strictly on the basis of most acute need.
Yet we are all aware that humanitarianism does not take place in a vacuum. Unless and until a political solution is found to the problems in Somalia, the humanitarian crisis will be never-ending.
Security and humanitarian actors have been working at cross-purposes in the Horn of Africa for decades. On some occasions, this has meant direct interference, where regional or Western governments stop assistance from reaching those who need it for political reasons. At other times, the interference is indirect but no less harmful – for example, when military actions produce unnecessary displacement or prevent Somalis from rebuilding their lives and livelihoods.
The activities of the parties to the growing conflict inside Somalia – from Al Shabab, to the TFG, to Kenya, Ethiopia, and including AMISOM in its latest offensive outside of Mogadishu – are having a negative impact on the safety and wellbeing of civilians, including people living in displacement camps. Military operations do not adequately take into account the impacts on civilians, including the need of farmers to plant and harvest. Without a real effort on this score, food insecurity will be exacerbated, and additional internal and international displacement of civilians will result.
On Refugees International’s recent research trip to Kenya, we also heard many accounts of security operations being a cause for humanitarian concern. Kenyan authorities, for example, have conducted numerous raids and searches within the country’s refugee camps – and within permanent Kenyan Somali communities elsewhere – on the suspicion that Al Shabab militants are hiding amongst them. On our recent trip, we heard many accounts of the rough treatment these Somali refugees received: including arbitrary arrests, detention, and physical and sexual abuse. This state violence and intimidation has forced some back over the border into Somalia- a disturbing testament to the operations’ scale and seriousness.
On Monday, I met with other members of the humanitarian and advocacy community to clarify the humanitarian priorities in this current crisis. But we all knew very well that the outcome of our meeting and the humanitarian side meeting co-chaired by Valerie Amos was unlikely to generate the same buzz as the conference itself, with its high-profile guests U.S. Secretary of State Hillary Clinton and UN Secretary General Ban Ki Moon.
A political solution to the problems of Somalia is essential, and we commend any serious attempts towards that elusive goal. But we’ve seen scores of unsuccessful political and military attempts to solve the problems of Somalia in recent years. Whilst the attempts continue, humanitarian issues cannot be ignored. The acute famine crisis came to an end because of the rains and because of the success of humanitarian assistance, not because of political or military successes. The leaders gathered at Lancaster House should have agreed to a Somalia strategy in which there was careful, parallel consideration of humanitarian and security concerns – and in which the decision to take up arms was weighed against the possible human consequences. Sadly, both for those delivering life-saving assistance in Somalia and for those who receive it, they did not.
Pubblicato da Studi ME Africa a 2:38 PM