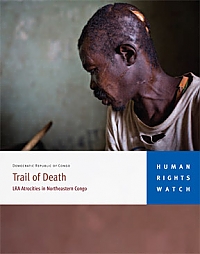 This 67-page report is the first detailed documentation of the Makombo massacre and other atrocities by the Lord's Resistance Army (LRA) in Congo in 2009 and early 2010. The report, based on a Human Rights Watch fact-finding mission to the massacre area in February, documents the brutal killings during the well-planned LRA attack from December 14 to 17 in the remote Makombo area of Haute Uele district.
Read the Press Release
Read the Report
Pubblicato da Studi ME Africa a 4:56 PM