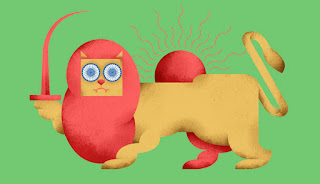 Apparently, it is reckless to think that India could bring about a rapprochement between Iran and the U.S.
That, at least, is the view of some readers of my last column on India’s lenient attitude toward Iran’s nuclear program. They reprimanded me for being naive. For Iran, run by Islamic fundamentalists committed to the destruction of Israel, desires no such reconciliation with the country Ayatollah Ruhollah Khomeini indelibly called the “Great Satan.”

Alas, such a view, which sees fixed essences where there is movement and change, will always grievously misread geopolitical situations.
True, a regime such as Iran’s, which is discredited in the eyes of its people, will stoke internal and foreign animosities in order to survive; it can no more abandon such tendencies than a leopard can change its spots. And Mahmoud Ahmadinejad has taken such strategic zealotry to an obscene level -- to the point where his oft-expressed desire to see Zionism wiped off the map makes it seem as though Iran has a foreign policy committed to genocide (and suicide).
But Ahmadinejad’s position, as recent elections in Iran reveal, is far from secure among even hardliners. Syria, Iran’s closest ally, is beset by civil war; Hamas, a crucial Iranian client, seems to be breaking away from its patron.

It is also true that in 2003, Iran’s apparently intransigent ayatollahs considered a “Grand Bargain” -- a proposal to restart relations that was rejected out of hand by the drum majors in George W. Bush’s administration who initiated what are now increasingly loud beats of war. Recent history furnishes an even more complex picture of a country, which, according to Benjamin Netanyahu, is run by a “messianic, apocalyptic cult.” It shows that Iran’s motivations can only be adequately assessed in the context of its longstanding ambitions as a regional power. Certainly, they cannot be reduced to the fantasies of a crude populist like Ahmadinejad.
To take an even moderately long view of geopolitical tensions is to recognize how quickly friends turn into enemies and vice versa. For many Indians in the 1970s and 1980s, there was no meaner or more resourceful international adversary than the U.S.; Prime Minister Indira Gandhi ranted then as frequently, if less intensely, than Ahmadinejad now about the CIA’s conspiracies against her. But within two decades, and over the course of several different governments, India agreed to be adopted by the U.S. as a strategic counterweight to China in Asia.
The example of Iran, too, reveals how ambitions for regional and international eminence can outlast change of regimes and ruling ideologies. For much of his long reign, the Shah of Iran maintained cordial relations with Israel, buying arms from and selling oil to a country that much of the Muslim world shunned.
This might seem unexceptional. After all, the shah was a close U.S. friend and military client; Iran’s nuclear energy program, started in the 1970s, received U.S. support.
But even the shah, as he developed grandiose visions of himself and Iran’s leadership of the Islamic world in the 1970s, knew that he could not woo the Arabs, traditional rivals of the Persians, without distancing himself from Israel. He backed Arab nations in their war with Israel in 1973, and denounced Israel’s occupation of the West Bank. In 1975, Iran voted in favor of an Arab resolution at the United Nations that declared Zionism to be a form of racism. The shah even came to oppose the U.S. military presence in the Persian Gulf.

Iran in the last years of the shah manifested a striving for local hegemony that transcended the country’s strongest alliances with the U.S. and Israel. Khomeini’s regime went on to reveal how even messianic ideologies can bow to long-established imperatives and dramatically different security environments. Intoxicated with anti-Westernism, Iran’s Islamic revolutionaries initially junked the shah’s expensive armory and closed down his nuclear program, deeming both to be excrescences of the Great Satan. But Saddam Hussein’s brutal and initially successful assault on Iran soon brought them back to the real world.
The ayatollahs turned to those they condemned as irrevocably evil: In another example of the ever-shifting sands of international relations, an increasingly Likudnik Israel came to the rescue of the beleaguered Islamic Republic of Iran. An agreement signed between the two countries in Paris in 1980 ensured Israeli arms for Iran at market prices while guaranteeing the safety and emigration rights of the tens of thousands of Jews residing in Iran. Despite U.S. protests, Israel remained Iran’s most reliable arms supplier for much of the 1980s -- the time when the West was supporting Iraq.
In the 1980s, Saddam’s chemical warfare against Iranians, mostly overlooked by Western countries, convinced the Iranians that they had to build a nuclear deterrent. Over those years, radicals within the regime also sought to revive the shah’s plan for Iranian leadership of the Islamic world; they ratcheted up the anti-Zionist rhetoric and built such proxies as Hezbollah and Hamas. Finding an opportunity in Saddam’s fall, they created a political bastion for themselves in their once vicious rival Iraq.
But these plans for exporting Iran’s essentially Shiite revolution have run into the complications of the Arab Spring. Emboldened by the fall of the pro-American Hosni Mubarak in Egypt, Tehran has subsequently watched with disquiet the isolation of Syria’s Bashar al-Assad and the potential loss of Hamas, not to mention the rise of the Taliban in Afghanistan.

Presumably, the Iranian regime can already go some way toward wiping Zionism off the map by launching missiles loaded with biological and chemical weapons at Israeli cities. Such an attack would cause extensive devastation, including among the Palestinians whose cause Tehran stridently advocates. Israel’s response would be swift and terrible, more than fulfilling any craving for a grand self-immolation nursed by the messianic, apocalyptic mullahs.
But the Iranian regime is struggling to regain its geopolitical advantages in what it sees, correctly, as a multipolar world -- one in which the U.S. and its allies will have limited influence. This is hardly the time for the outside world to misread Iran’s strengths and weaknesses, or to ignore the link between its quest for nuclear capability and the larger Iranian quest for regional pre-eminence, a realization of national and civilizational destiny.
Loose talk in the U.S. of “regime change,” accompanied as usual by circa 1945 visions of cheery flower-laden Iranians greeting American tanks in Tehran, ignores the continuity of aims between the shah and the Islamic governments. Iran would give them up only when the country itself, as we know it, ceases to exist -- an unconscionable idea that cannot be separated from visions of a wider apocalypse in the region.
Any rapprochement between Iran and the U.S. will have to acknowledge Iran’s centrality in its region -- just as the U.S. eventually recognized India’s in South Asia after a series of futile alliances with Pakistan. But the U.S. has never been further away from this possibility, as Republican candidates line up to prove themselves more trigger-happy than the next. Suddenly, entire countries, indeed civilizations, with complex histories are being depicted as potentially uncomplaining, even grateful, victims of aerial bombing.
Last week President Barack Obama rightly expressed alarm over the bizarre “casualness” of this bellicosity, which stands to doom tens of millions of lives. More such urgent injections of sanity may be needed to counter the Ahmadinejad-ization of foreign policy discourse, and to prevent the world from lurching, while still stumbling out of two unfinished wars, into a third and probably most disastrous conflict.
(Pankaj Mishra, whose new book, “From the Ruins of Empire: The Revolt Against the West and the Remaking of Asia,” will be published in August, is a Bloomberg View columnist, based in London and Mashobra, India. The opinions expressed are his own.)