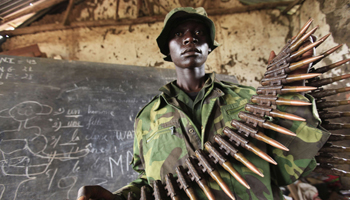 Rwanda has issued a strong-worded rebuttal ahead of the publication of the United Nations’ Group of Experts report in November, refuting allegations of Kigali supporting M23 rebels who have launched a rebellion in eastern DR Congo.
The 78-page rebuttal in response to the draft UN Experts Report, which was submitted to the UN Sanctions Committee, describes the findings and evidence presented by the experts as “unfounded” and “fabricated” with a lot of inaccuracies.
Using the report, Rwanda is attempting to brush off the allegations in the report, as development partners announce the suspension of aid to Kigali based on the findings of the experts who claim that there is evidence that top commanders of the Rwanda Defence Forces (RDF) are facilitating and aiding the rebels wreaking havoc in DR Congo.
According to Rwanda’s response to the report, the claims that Rwanda is training the rebels are “absurd” and “false” and aimed at apportioning unnecessary blame to Rwanda.
Accusations of Kigali’s involvement have persisted, with President Joseph Kabila of DR Congo coming out last week to state that Rwanda’s backing of M23 rebels is an “open secret,” while Rwanda’s Minister for Foreign Affairs Louise Mushikiwabo once again came out to say that the Congolese leadership is acting in “bad faith.”

She said that the draft UN report has a lot of procedural and factual flaws which the rebuttal “punches holes” into but added that she does not expect the authors to withdraw their current allegations, which would put their credibility at stake.
According to Ms Mushikiwabo, the Group of Experts on DR Congo were in Rwanda to verify Rwanda’s position but again it was a “little too late” as some countries had already decided to take action based on the addendum of the draft report, by suspending aid.
Rwanda is hoping to defuse the explosive report or at least cut down on the explicitness of the findings before they are published in November.
The foreign minister said Rwanda has seen even more categorical reports come and go, but what is clear is that the current one has had an “overwhelming” effect, having drawn a wave of global reaction.
“We have seen reports come and go and this one, which is based on biased and unfounded allegations, will pass too,” Ms Mushikiwabo said.
Kigali’s response denies that Kanombe military barracks, which paragraph 31(a) of the addendum cites, is the location where M23 rebels were trained by RDF for two weeks before they were deployed in Runyoni as Gen Ntaganda’s advance party, saying that it is literally “impossible.”
Continue reading on The East African
Pubblicato da Studi ME Africa a 12:44 AM