How not to study sexualized violence in the DRC

How not to study sexualized violence in the DRC 0 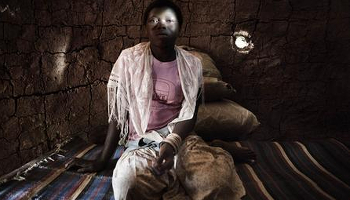 Jul12
Excerpt from a post Maria Hengeveld wrote over at Dan Moshenberg’s work blog Women and Beyond:
… Not all research carried out is actually helpful or constructive in reducing the violence, as Marsha Henry, points out, in her piece, `Ten Reasons not To Write your Masters Dissertation on Sexual Violence in War’: “Here’s another important reason not to write a dissertation on sexual violence as a weapon of war in the DRC. It’s been done already! Students continually ask me ‘can you suggest a couple of books on the subject?’. Where to start? There is so much to be said about gender and violence in militarised contexts more generally, but there has also been a great deal written about by a number of scholars. And it is precisely this body of knowledge that has sometimes been misanalysed by students. That is, although much of this writing has politically exposed the issue, students often read it as a holistic canon on the subject, interpreting the text as they wish. Dissertations often become regurgitated and simplistic snapshots of other work, reinforcing particular perspectives and portrayals and therefore contributing to the reification of the subject (missing a cogent assessment of narrative forms). A rhetorical stasis is created, where certain material and citations are circulated and re-circulated, with little new insight or critical perspective provided”.
One explanation for the disproportionately large interest in the DRC, compared to other conflicts, is the horror at the brutalities women have faced. If indeed this horror plays a key role in igniting students’ interest, how does that shape the findings and value of the final work? According to Henry, it does so in a troubling way: “Honing in on the bodily experience of rape, for example, can remove rape in war from the wider social, cultural, economic and political context in which it always takes place. It can be an abstraction of the total experience. The affective impact is that readers of these dissertations distance themselves from subjects in the studies.”
continue reading on Africa is a country
By Maria Hengeveld – Africa is a country