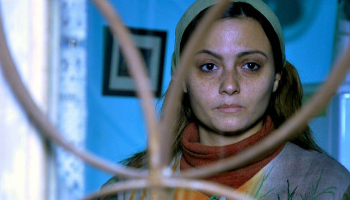 Oct10
Over the last few years, the waves of sexual assault and harassment on the streets of Egypt have been in the news perpetually: Initially as a disheartening stain on the euphoria generated from the promise of political change, then as a component of the violence and oppression that has emerged in recent months.
Despite being released in 2010, Cairo 678, written and directed by Mohamed Diab, gained broader recognition in the early stages of Egypt’s transition, as international outrage grew over attacks on foreigners and Egyptians alike. Now, well over two years since the revolution began, Diab’s film and the issue of sexual harassment are as pertinent as ever, as new, increasingly violent, and premeditated attacks have continued to take place. Mohamed Diab is currently the San Francisco Film Society’s Fall 2013 Artist in Residence. I recently spoke with him about the film, harassment, and his thoughts on Egypt’s future, two years on.
Cairo 678 is Diab’s first foray into directing, following a successful run as a screenwriter. The film documents the lives of three women from diverse backgrounds who have all been victims of sexual harassment and assault, and who work together to combat the problem. The women include Fayza, a mother from a low-income background who dreads taking the bus to work, anticipating the almost inevitable groping, Seba, a wealthy artist who is attacked by a gang of men at a football rally and responds by setting up a self-defense class for women, and Nelly, a stand-up comedian who files Egypt’s first sexual harassment lawsuit.
It was the story of Noha Roshdy, the first woman to file a sexual harassment case in Egypt, and the inspiration behind the character Nelly, that initially made Diab aware of the scope of the problem. When he heard of the case, he decided to attend the trial. Describing an interaction he witnessed, Diab explained: “I remember two reporters who were covering the story for news channels, they were making fun of the girl. One was saying to the other: ‘This guy deserves 15 years.’ The other turned to him and asked why, he replied ‘because he could have harassed a much better looking girl.’ I was sitting next to them and thinking, what if I were the brother of the girl?”
Diab says that after gaining insight into the extent of the problem, he felt obligated to show, particularly to men, the impact of harassment on women in Egypt. He references the police detective in his film as a representation of a portion of the target audience: an everyday man who is misinformed, or takes the issue too lightly, until it hits close to home. Diab explained that in a way the film is an apology: “As a man I really felt that we should apologize, not because all Egyptian males are harassers – the number of harassers is very low (because they’re not caught, perpetrators attack repeatedly). The majority of the rest of men in Egypt know nothing about this, because in their circles, the women who get harassed never tell them.”
Continue reading on Africa is a country
By Sarah El-Shaarawi – Africa is a country
Pubblicato da Studi ME Africa a 11:50 PM