Madagascar elections: remarkable that they have happened at all 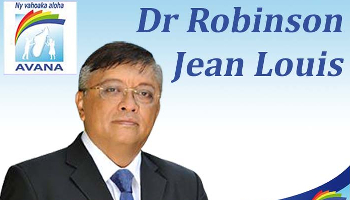 Oct31
The first round of Madagascar’s presidential elections on 25 October was a momentous occasion: the polls were the first since a coup in March 2009 when Andry Rajoelina overthrew President Marc Ravalomanana. That they happened at all is remarkable after so many false starts, but that they happened without incidents is more than most people hoped for.
That isn’t the only surprise: as the results trickle in, Jean-Louis Robinson – the candidate supported by Ravalomanana, who is exiled in South Africa – is emerging with a comfortable poll lead of 27% of the votes (this is a partial result, with only 44% of the votes counted so far). Robinson was always expected to do well – Ravalomanana remains popular – but the scale of his success has confounded everyone, including Robinson and the Ravalomanana clan themselves. People expected Hery Rajaonarimampianina, the candidate favoured by Rajoelina, to come out first. As well as the favour of the transition president, Rajaonarimampianina had, by all accounts, the most lavish electoral campaign budget. But in some areas of the highlands, the heartland of Ravalomanana’s support base, Robinson has won 60% of the votes.
Those who had ventured to make predictions expected the run-off candidates to pass with around 15% of the votes, given the sheer number of candidates (33 in total). Robinson is now likely to go to the second round, on 20 December, with a comfortable lead; Rajaonarimampianina on the other hand – if indeed he is second – will need to work hard on making alliances with unsuccessful candidates. Support will come naturally from his fellow TGV party candidate Edgard Razafindravahy, Mayor of the capital Antananarivo. It is less clear however where the allegiances of other high profile candidates such as Hajo Andrianainarivelo (Deputy Prime Minister in charge of Planning and Development), Roland Ratsiraka (nephew of Didier Ratsiraka and Mayor of the main port, Toamasina) or Camille Vital (former Prime Minister) will go.
Frustratingly, electoral commission CENI-T has said that it would only release preliminary results on 8 November, 14 days after the polls. The commission said it was taking no chances with premature announcements and going through the results of every polling station with a fine comb. But CENI-T’s desire to get it right may actually backfire by allowing speculation to go into overdrive: social media, newspapers and broadcast media are rife with rumours, analysis and comments.
The Malagasies are unlikely to be so patient with the results of the crucial second round, so CENI-T will have to learn from the experience of the first round. One of the reasons the process is taking so long is that many of the procès verbaux, the documents collating the results of each polling station, were not filled properly, with signatures in the wrong place or erroneous calculations, which the commission is now having to address. Better training of polling station staff is therefore essential to ensure a smoother second round.
Electoral observers also noted that there had been important variations between polling stations in how the results were handled. Some counted ballot papers in which the tick or cross had been placed on the number or picture of the candidate instead of the dedicated empty box next to it; in others, such papers were discounted. There were reports of celebrations in support of the winning candidates, political neutrality having all but disappeared at the end of a very long day.
CENI-T will also need to address the thorny issue of the electoral register: thousands of people were unable to vote because they were not listed, couldn’t find their name (sometimes in spite of the fact that they had an electoral card) or were told that they had not brought the correct paperwork.
None of these shortcomings were deemed grave enough by EU and SADC observers to call the credibility of the polls into question but they hint at what could easily become ground for contestation in a round where the stakes will be much higher. In 2006, the last time Madagascar held presidential elections, it took just 13 days for the final results to be announced (and six for preliminary results). CENI-T should strive to do the same to avoid jeopardising what were hard-fought, longed-for elections.
By Emilie Filou – African Arguments
Pubblicato da Studi ME Africa a 2:35 PM