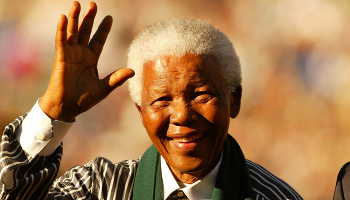 Dec8
As a boy without a father of his own and living as a ward of the Thembu Regent, Jongintaba Dalindyebo, at his Great Place at Mqekezweni in the green hills of the Transkei, Rolihlahla Mandela heard stories about people like Nongqawuse and Makana, people who had passed into the realm of myth.
When he washed the last of his childhood into the Mbashe River in 1934 he couldn’t have known that in life he too would pass into myth.
In 1942 returning to Mqekezweni from Johannesburg to honour Dalindyebo’s passing he found his thoughts occupied by a proverb: Ndivelimilambo enamagama — I have crossed famous rivers. By the time he gave his speech from the dock in 1964 his name, and the bright strength of the intersection of his courage and ideals, had crossed the oceans and entered the grand stage of universal history.
In 1986, in the midst of the state of emergency, Asimbonanga, Johnny Clegg’s exquisite song for Mandela, soared above the blood and teargas on the streets yearning for the day when “We cross the burning water”. Mandela, the song seemed to suggest, could take us across the burning water.
Mandela, Mandela the man, did come back from Robben Island. And while the sun didn’t rise red on the day of his return and the dead didn’t arise to make the world whole, time seemed to stand still as he returned to the embrace of a mass movement. There are critiques of how this delicate moment was handled. Some are important, some are infused with little but the cheap wisdom of hindsight and some are just empty bluster – the radicalism of those for whom engagement does not move beyond the adoption of a posture and the manipulation of words. Those who say that we should have chosen war over negotiation tend to take no account of the balance of forces at the time, locally and globally, nor the depth of the bitterness of war or how its corrosion eats into its victors. War is certainly no guarantee of anything – none of the anti-colonial wars fought in Africa led to democratic and just societies.