Structural Adjustment Policies and Africa – A Reply to Shantayanan Devarajan 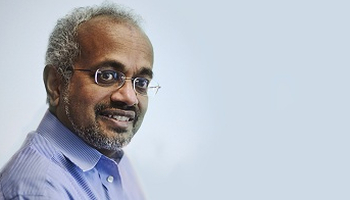 Dec2
In an interview with Think Africa Press earlier this year, the outgoing Chief Economist of the World Bank’s Africa Division, Shantayanan Devarajan, credited Africa’s robust economic performance in the past 10 to 15 years to Structural Adjustment Programmes (SAPs) policies. SAPs, he claimed, “delivered economic growth and poverty reduction.”
In response to these claims, I would like to argue that SAPs were in fact not successful in achieving their desired objectives of increasing investment efficiency or reinvigorating growth. Rather, SAPS imposed serious socio-economic problems on the continent.
Contrary to Devarajan’s claims, the recent growth in Africa and the lessons drawn from other emerging countries suggest we need to look beyond macroeconomic fundamentals. For example, Africa’s recent economic growth has been underpinned by a commodity boom and the emergence of development-oriented political regimes that helped many African countries deal with pressing structural transformation issues and construct the necessary institutional reforms that have won the day.

The real effects of structural adjustment

The SAPs, adopted by many African countries in the 1980s and 1990s, were meant to help address mounting internal and external economic imbalances arising from a confluence of factors such as: the 1974 global oil crisis; the subsequent global debt crisis which provoked financial distress in Africa; a decline in export earnings due to falling commodity prices; and rising interest rates in OECD countries, particularly the US, which increased the debt burden of poorer countries.
The main theoretical premise of SAPs was that government interventions were inefficient because they distorted market signals. Long-term development planning was therefore abandoned and industrial policies became neglected in most African countries. In their place, governments focussed on macroeconomic stability and institutional reforms to protect property rights and ensure contract enforcement. These policies, however, lacked coherent strategies to address inherent market failures and externalities, and these actions ended up constraining investment, growth and economic diversification.
According to the World Bank, during the 1987-1991 period, 29 sub-Saharan African countries were implementing SAPs with mixed results. And it had become clear after 15 years that SAPs in Africa had neither accelerated growth nor reduced poverty, while there was a notable lack of ownership or resistance to conditionality from recipient governments. “Adjustment programmes were often unresponsive to country conditions and changes in external circumstances,” wrote the World Bank, which led to a lack of shared vision between the Bank and recipient governments as to the aim of the programmes.
continue reading on Think Africa Press
Pubblicato da Studi ME Africa a 9:40 PM