Breaking down the borders 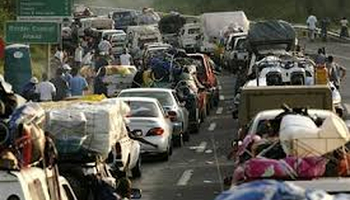 Mar27
Rarely is there a focus on what Africans can share with each other through interregional business opportunities and the possibilities of cross-border trade despite being a continent made up of more than 50 countries in varying stages of development, and home to a billion people.
Africa is predicted to have the world’s largest working age population by 2040, yet for many it is still startling for a World Bank report to be entitled Africa Can Help Feed Africa. Surely this is common sense. Meanwhile, only 11 percent of African global trade can be categorised as interregional (compared with 53 percent in emerging Asia) due to the multiple barriers – geographic, financial, regulatory and cultural – blocking improvements to the continent’s infrastructure.
I have consistently argued that we are at the dawn of the ‘African century’, with the continent poised for the kind of growth last seen in China. Improving infrastructure is a vital part of this. This growth is not inevitable. It relies on the ability of foreign investors to recognise the potential Africa provides and the importance of partnerships with those with the local knowledge to capitalise on interregional trade opportunities. Such partnerships unlock opportunities while combatting the drastic underinvestment in this area, and in the region more broadly.
Where governments lack resource, the private sector can be a workable solution to the problems posed by poor infrastructure. We have witnessed a shift, with governments becoming increasingly open to embracing third party investment over the last decade.
The potential is obvious. Between 2001 and 2010, six out of 10 of the world’s fastest growing economies were in sub-Saharan Africa. There is a reason that more than 70 percent of the world’s biggest consumer goods companies are already operating in Africa.
Investing in infrastructure is investing in African business as a whole. In landlocked countries such as Malawi, Rwanda and Uganda, as much as 50 or even 75 percent of the price of retail goods is dictated by transport costs. In an extreme example, one kilo of maize in South Sudan costs $10 due to this very issue. While improving electricity grids is a frequent topic of discussion for African politicians, transportation is still taking a back seat.
continue reading on This is Africa
By Ahmed Heikal – This is Africa
Pubblicato da Studi ME Africa a 2:00 PM