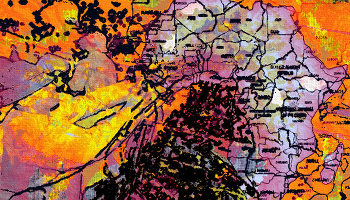 Mar13
Nairobi – The World Bank is launching a US$1 billion fund to map Africa’s minerals to promote their exploration, a conference has heard.
Although Africa is rich in mineral resources, it remains one of the most under-explored landmasses on earth, creating a huge skills gap and thus justifying the need to commission a massive geo-exploration of its mineral potential, says Paulo de Sa, the manager of the gas, oil and mining unit of the World Bank’s Sustainable Energy Department.
According to De Sa, who made the five-year initiative — dubbed the Billion Dollar Map —  known at the 20th Investing in African Mining Indaba in South Africa last month (3-6 February), the bank is committing US$200 million to the fund and hopes that African governments, donor agencies and mining companies will provide the remaining US$800 million.

“The lack of geological data poses a barrier for companies to select a specific country as a mining destination,” says De Sa, citing Africa’s lack of application of technologies as contributing to the lack of such data.
He adds that satellite and “airborne technologies” including geographical information systems (GIS) will be widely deployed in the continent’s first-ever comprehensive technology-driven exploration mission. A substantial amount of the funding will be used for the acquisition and application of the technologies.
continue reading on SciDev Net
By Maina Waruru – SciDev Net
Pubblicato da Studi ME Africa a 10:26 PM