‘Township’ is a planet for aliens 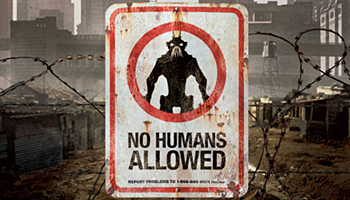 Apr22
A few days ago, Bizcommmunity, an online platform for writings about, amongst other things, content about media, PR and advertising in South Africa (though you wouldn’t say by the 1996-era site design) published an article riddled with stereotypes. “The township is no longer a foreign land far away and its story is no longer one of the haves and have-nots,” writes one Danette Breitenbach. But the narrative Ms Breitenbach weaves here is not hers alone.
Her opening sentence is an odd one: it attempts to debunk stereotypes about what she calls ‘the township’, as opposed to townships in plural form and not as one thing and yet she also propagates the stereotype. The latter part of that sentence is not at all incorrect, given of course that one is referring to townships in the sense of topography and not economy. Townships were designed as such that they are far away from cities and suburbs where white people lived during the Apartheid years. The other problematic issue here is the expression ‘The Township’. She quantifies a million people into a single place, as if, the township is a planet that only has one person. South Africa has many townships; yes they have similarities, a fact true for cities and suburbs, yet people talk of cities and suburbs and not the city or the suburb when referring to them.
The article was about findings by a company called Ask Afrika, which conducted research to understand township consumers. ‘Township consumers’ is another problematic wording. Many advertising agencies have held the view that there is one consumer living in townships, that people in the townships have the same buying habits. Findings by Ask Africa enlighten the advertising industry that there is actually no such thing. To conduct research to come to the realization that townships are as dynamic as cities and suburbs is redundant. When the Group Areas of 1950 became effective and forced removal became priority of the Apartheid government, the very people that were being moved were dynamic; to then investigate if they are dynamic in 2014 is ridiculous.
Continue reading on Africaisacountry
by Dudumalingani Mqombothi
Pubblicato da Studi ME Africa a 9:34 PM