From the Balkans to Mali : why access to information is critical for transitional justice 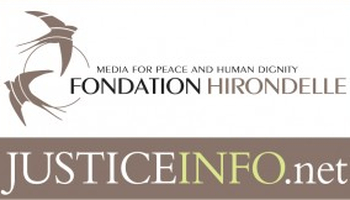 May9
22 years ago, I was a journalist covering the war in Bosnia and Herzegovina. Whenever I think of that period, I have memories of destruction, of prisoners from all sides who lost 20 or 30 kilos, memories of displaced people getting onto a bus and not knowing if they will ever come back to their homes, echoes of bombings and fear.
I was horrified by the tragedy unfolding under our eyes and the crimes committed in the midst of Europe.
At the time, I was also covering the so-called peace process taking place in Geneva. I vividly remember a strange scene of schizophrenic dimensions. It was mid-December 1992.
In the U.N. building, international mediators were trying to reach a peace agreement between the different leaders. Among them was General Mladic. At that time, General Mladic was very powerful. His sense of impunity was such that three years later, he allegedly ordered the Srebrenica massacre.
In another part of that same U.N. building, on that very same day in December 1992, several lawyers were working hard in a much less fancy room. These lawyers had received a mandate from the U.N. Security Council – Resolution 780 – to collect all evidence of war crimes. This international commission of experts was the embryo of the future International Criminal Tribunal for the former Yugoslavia (ICTY).
No one at the time could have ever imagined that the work of these lawyers would be so effective, and that one day, many of the leaders who participated in that peace conference in the room next door, would be indicted, arrested and tried.
Today when I open the newspaper I find news related to justice initiatives everywhere: the current Truth Commission in Brazil; the African Extraordinary Chambers in Dakar putting the former Chadian dictator, Hissène Habré, on trial; the opening of an ICC preliminary investigation in Ukraine.
continue reading on Fondation Hirondelle
Source: Fondation Hirondelle
Pubblicato da Studi ME Africa a 2:32 PM