Iran and Iraq: the limits on Shia power 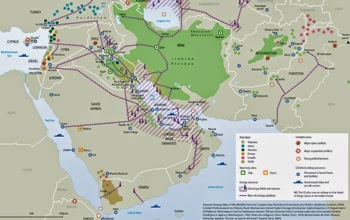 The recent election of hardliner Mahmoud Ahmadinejad as president of Iran surprised the world. The victory of Ayatollah Sistani’s list in the Iraqi parliamentary election provoked fears of a Shia threat. The current debates within the Shia communities testify to great religious and political diversity.
by Ahmad Salamatian
GRAND Ayatollah Ali al-Sistani’s coalition list won the Iraqi elections on 30 January. Since then the palaces, chancelleries and media of the Arab world have been haunted by the spectre of a “Shia crescent” from the peaks of Mount Lebanon to the mountains of Khorasan in northeastern Iran, via (...)
Pubblicato da Studi ME Africa a 1:21 PM