An Iranian court has sentenced Washington Post reporter Jason Rezaian to a prison term, the state news agency said on Sunday quoting a judiciary spokesman, a case that is a sensitive issue in contentious U.S.-Iranian relations.
The length of the prison term was not specified. "Serving a jail term is in Jason Rezaian's sentence but I cannot give details," judiciary spokesman Gholamhossein Mohseni Ejei told a weekly news conference in Tehran, according to IRNA.
In Washington, U.S. State Department spokesman John Kirby told reporters he was aware of the IRNA report but could not independently confirm it. It was not clear why Iran has not given details of the ruling against the 39-year-old Rezaian, who Iranian prosecutors accused of espionage.
The foreign editor of the Washington Post, Douglas Jehl, said the newspaper was aware of the reports but had no additional information.
Jehl told Reuters Television the reported sentencing might move the case closer to a final resolution in the judiciary, so it can then go to Iranian leaders. "It's these senior leaders who have the power to pardon, the power to overturn a verdict, the power to make things right," he said.
Ali Rezaian, Jason's brother, criticized the lack of transparency around the judicial proceedings.
"Although we cannot confirm the validity of these reports, we do know that the Iranian judicial process around Jason's case has been profoundly flawed from the outset," he said in a statement.
The Committee to Protect Journalists said in a statement that Rezaian, who is the Washington Post's Tehran bureau chief and a dual U.S. and Iranian citizen, is being held on "bogus espionage charges," and also called for his release.
'LARGER GAME'
On Oct. 11, Ejei said Rezaian had been convicted, without elaborating. He said at that time that Rezaian had 20 days to appeal the verdict.
The Washington Post said last month the verdict, issued soon after Iran raised hopes of a thaw in its relations with the West by striking a nuclear deal with world powers including the United States, was "vague and puzzling".
It said the vagueness of Ejei's remarks showed Rezaian's case was not just about espionage and that the reporter was a bargaining chip in a "larger game". The Washington Post and his family denounced the espionage charges against Rezaian as absurd.
Influential Iranian parliament speaker Ali Larijani hinted in September at the possibility that Rezaian could be freed in exchange for Iranian prisoners in the United States, but officials then played down the possibility of such a swap.
Two other U.S. citizens - Christian pastor Saeed Adedini and Amir Hekmati, a former U.S. Marine Corps sergeant - also are jailed in Iran. Robert Levinson, a private American investigator, disappeared there in 2007.
Among the charges, Rezaian was accused of "collaborating with hostile governments" and disseminating "propaganda against the establishment", according to a statement from Rezaian's attorney, the Washington Post reported in April.
In the indictment, Iranian authorities said Rezaian had written to U.S. President Barack Obama and called it an example of contacting a "hostile government", the Washington Post said.
Rezaian was arrested in July 2014. His brother said on Oct. 13 that Rezaian had heard of his conviction on Iranian state TV and was depressed and angry about being deprived of information about his case.
(Reporting by Dubai Newsroom, Lesley Wroughton and Doina Chiacu in Washington; Writing by Sami Aboudi; Editing by Mark Heinrich, Stephen Powell, Digby Lidstone and Paul Simao)
image: http://s1.reutersmedia.net/resources/r/?m=02&d=20151122&t=2&i=1096878872&w=644&fh=&fw=&ll=&pl=&sq=&r=LYNXMPEBAL0A2 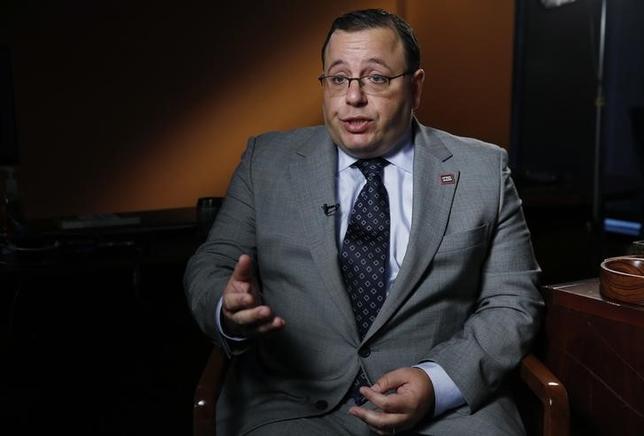 Ali Rezaian, brother of imprisoned Washington Post journalist Jason Rezaian, talks about the recent announcement of a verdict in his brother's case by Iran's judiciary during a television interview with Reuters in Washington October 13, 2015.
REUTERS/JIM BOURG