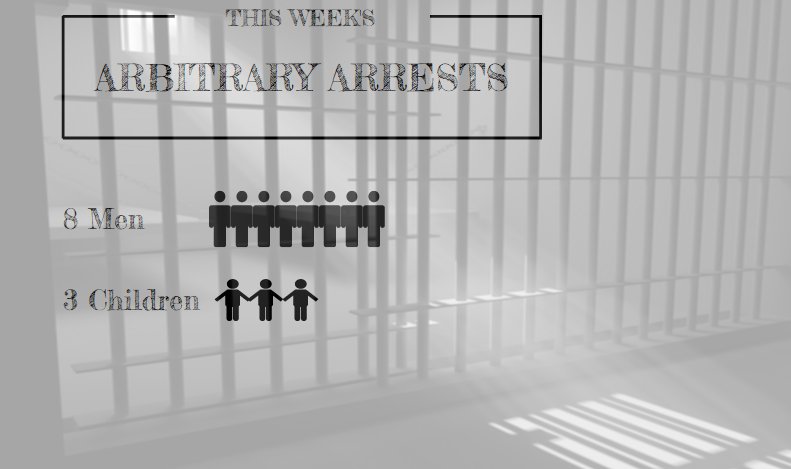 18 Retweet3 Mi piace
Pubblicato da Studi ME Africa a 1:01 AM

I sit here in the dark in prison cell 19, I look past my baby at the shining prison bars. This is a new prison, new walls, new paint and new metal bars
Zainab Alkhawaja

I was arrested a few days ago after being sentenced to three years in prison for several political cases; one of which was tearing a picture of Hamad, the king of Bahrain.
As I walked up to the prison door carrying my baby, I realized that I had walked through that door on crutches, I had walked through that door pregnant, and I had been carried through that door by police. Five years have passed since the start of the revolution in Bahrain; five years of systematic aggression on the people of this country whose only wish was to seek equal rights and democracy. Five years of criminal acts by the regime. Killing peaceful protesters, arresting thousands, torturing thousands. Years filled with heroism, bravery, sacrifice, filled also with pain, anger and loss. And it seems to me, after all this time, the government’s only strategy here is to simply distract the world from the crimes taking place. Instead of improving the human rights in the country, they seem to be thinking, lets create GONGOs (Government Organized Non-Governmental Organizations). Instead of hearing the peoples’ grievances, lets silence them. Instead of fixing the problems, lets contain them so they’re less visible. Instead of releasing prisoners of conscience, lets build bigger, better looking prisons. Contain the protests to the villages and let the world only see the cities and the malls. Contain the activists in jails and let the world hear government mouth pieces who speak of reform. Basically contain, bury, the truth and spread a lie. 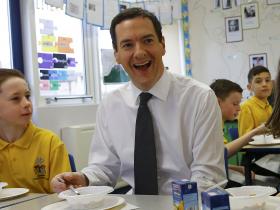 What’s more shocking than the government’s plan on how to deal with the biggest revolution the country has witnessed, is that they apparently think it could work.
I sit here in the dark in prison cell 19, I look past my baby at the shining prison bars. This is a new prison, new walls, new paint and new metal bars.
All the government is doing is shining those metal bars. Making them as shiny as possible so the rest of the world would be so busy looking at the shiny metal that they are blinded to what is behind it. I don’t believe they can succeed.
I invite the world to look beyond the shining metal bars. To see my one-year-old baby holding on to them during the day and calling out. To see my 50-year-old father hunched over a book, deep in thought. To see hundreds of tortured bodies and thousands of wounded hearts. Fathers who dream of raising their children, husbands who wish they could support their wives, young boys with lost futures. All living through this pain, every hour of every day, hoping this silence speaks louder than anything they could say. 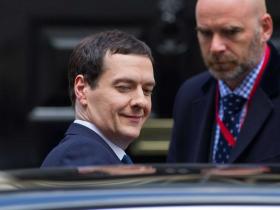 Osborne is playing fast and loose with our economy

It’s hard to look pain in the eyes and acknowledge it, but that’s exactly what I ask everyone to do. Yes there are governments willing to turn a blind eye to our suffering and shake hands with those who oppress us, but I also believe that there are enough good people in the world who recognize the good fight, who admire a people who sacrifice in the hope for a better future, and who can’t stand by silently in the face of oppression.
I hope this letter finds its way out of this prison and into the heart and hands of all freedom loving people.
Love from Bahrain
Zainab Alkhawaja
Prison cell 19
Isa Town Women’s Prison

Pubblicato da Studi ME Africa a 3:09 AM

Last week Wikileaks uploaded to its database a series of Hillary Clinton’s declassified emails from the time when she was Secretary of State. The following document is especially interesting because it presents Schauble’s plans in case SYRIZA took over power back in 2012. Read Hillary Clinton’s messages and the exclusive commentary by Greek ex minister of Finance, Yanis Varoufakis.


As it is clearly illustrated in the following email, the German government was concerned by the possibility of SYRIZA coming to power in 2012. According to the information sent by Hillary Clinton’s office, Schauble thought there were only two ways to face the European debt crisis “none of which was pleasant to Germany and the rest of the member states”. The first plan was based on a proposal made in 2011 by German economic experts, “The Five Wise Men”, regarding a European Redemption Pact. The Pact would include a fund of 2.3 trillion euros for debt relief and preventive protection of Eurozone member states affected by the debt crisis. (Details of the plan have been released by global media here

) Other than that, issuing Eurobonds could also be a solution but Schauble did not approve any of these ideas because of the turbulences they would cause to the German political system.

Although the German minister of Finance stated in private that “if the Greek people vote for a government led by the anti-austerity Syriza party, they must bear the consequences of their actions”, he also believed that a Grexit would be a highly negative event, since he considered it would have a significant impact on Spain, Portugal and Ireland. In response to the possibility of Greece leaving the Eurozone, Schauble was elaborating the idea of the creation of a two tiered Eurozone.

In the email, it is written that “in any event, Schauble continues to believe that a complete collapse of the currency union is unacceptable for Germany, as the newly reconstituted Deutsche Mark would be considerably more valuable than the Euro; seriously damaging Germany’s export driven economy” and also in other part “a Greek withdrawal from the currency union may set the stage for Portugal, Spain and Ireland to follow”.

The declassified email is available below. Also, the Greek ex-minister of Finance, Yanis Varoufakis is commenting on the information provided by the document right after it.
More...in link...

Pubblicato da Studi ME Africa a 1:31 AM

A suicide bomber has detonated his explosives belt at a football stadium south of the Iraqi capital, killing at least 29 people and injuring 60 others, the security head in Babel province has said.
The blast in Iskandariya, a mixed Sunni and Shia Muslim town, happened around 16:15 GMT on Friday at the end of an amateur soccer game, said Falah al-Khafaji, the security head in Babel province.
The Islamic State of Iraq and the Levant (ISIL) group that controls swathes of territory in Iraq's north and west was behind the attack, according to Amaq news agency, which is affiliated with the group.
Q&A: The Sunni-Shia divide through the eyes of a child
At least 60 people were killed earlier this monthin an attack claimed by ISIL 80 km further south, in Hilla, when an explosives-laden fuel tanker slammed into an Iraqi security checkpoint.
An apparent escalation of large bombings targeting areas outside ISIL's primary control suggests that Iraqi government forces may be stretched thin after recent gains against the group in the western and northern provinces.
Thousands protest the government
Meanwhile, thousands have rallied in Baghdad in support of Iraqi Shia cleric Muqtada al-Sadr, who has taken the lead role in protests demanding government reforms.
Al-Sadr's associate, Sheik Asad al-Nasiri, delivered a message from the cleric at a rally on Friday in the Iraqi capital, giving Prime Minister Haider al-Abadi 24 hours to implement wide-ranging reforms such as installing technocrats in key political positions.
Otherwise, the message says, the protesters will not limit themselves to sit-ins outside the heavily fortified Green Zone in Baghdad, where the government is headquartered and where al-Sadr's followers demonstrated last week.
Inside Story: Is Muqtada al-Sadr fueling Shia infighting in Iraq?
The weekly rallies in Baghdad are meant to put pressure on Iraq's political leadership.
The prime minister's efforts to implement reform have been thwarted by his own political mis-steps as well as the country's increasingly sectarian politics.
Last month, Abadi, now a year and a half into his four-year term, said he wanted to replace his ministers with technocrats to challenge the system of patronage that encourages corruption by distributing posts along political, ethnic and sectarian lines.
Sadr and his supporters have held regular demonstrations demanding reforms to tackle corruption, which is eating into Baghdad's resources even as it struggles with falling revenues due to a slump in global oil prices and high spending caused by the costs of war against ISIL.

U.S. quiet as ally Bahrain imprisons human rights activist with her infant for tearing up photo of king

Rights groups condemn the arrest of Zainab al-Khawaja and U.S. inaction, while State Dept. refuses to say anything.