by Jamie Doward
British police have come under fire for their role in training Bahrain’s police force, which has been accused of ruthlessly suppressing public protests and dissent.
A confidential 27-page “agreement for the provision of services”, obtained by theObserver, was signed on 14 June 2015 by the UK’s College of Policing and Bahrain’s Ministry of Interior. It spells out the explicitly commercial nature of the relationship between the two parties, but omits any mention of human rights issues.
Since it was created in 2012, the college has earned more than £8.5m from its international work, but has faced questions about its remit. Parliament’s home affairs select committee recently criticised the college’s overseas training programme, claiming that “opaque” agreements with foreign governments, which have been criticised for human rights abuses, “threaten the integrity of the very brand of British policing that the college is trying to promote”. 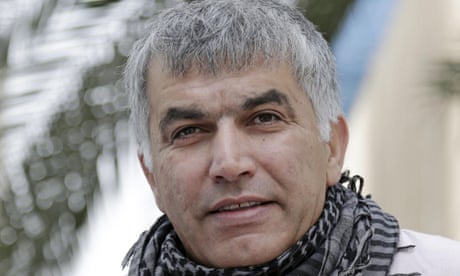 Bahrain paying for Royal Navy base despite human rights criticism

Read more
The committee attacked the Foreign Office’s refusal to divulge such contracts on the grounds of commercial sensitivity as “completely unacceptable”.
Now a law firm acting on behalf of a Bahraini activist allegedly tortured by the country’s security services has written to the Foreign Office, claiming that the nature of the agreement withBahrain raises concerns about the UK’s commitment to protecting human rights.
Daniel Carey, of DPG Law, said the government needed to give reassurances that the college was not providing assistance to the kingdom’s security forces that could undermine the UK’s commitment to human rights. “We know the college provides a wide range of training programmes domestically that are of potential concern, such as the use of communications data obtained by telecoms operators, the use of interception material, surveillance and undercover policing, and the scope of its courses to overseas customers is not limited in any accountable way," said Carey.
He also questioned whether the college was a legitimate entity. “The College of Policing is doing something unusual for government in selling services overseas. It is a company limited by guarantee set up by the Home Office. Whether government ministers have the power to set up bodies effectively external to their own department through which they then run profit-making activities is a difficult question of constitutional law. The much safer course is to get parliament’s authority, which didn’t happen here.”
The Foreign Office insists that all international work undertaken by the college is referred to the International Policing Assistance Board, which examines any potential impact on the UK’s commitment to human rights. It is understood that all sub-contracts governed by the umbrella agreement have built-in clauses referring to human rights.

If anything, abuses at the hands of Bahraini police have increased in 2016 amid a culture of impunity

A spokeswoman for the Foreign Office said: “It is not good enough to merely criticise other countries from the sidelines. Only by working with Bahrain are we able to bring about the changes we would like to see in the country. The UK is working closely with the government of Bahrain to provide extensive reform assistance focused on strengthening human rights and the rule of law. We see this support as the most constructive way to achieve long-lasting and sustainable reform in Bahrain.”
But Carey said the omission of human rights in the agreement was significant: “The agreement cedes a lot of control to the Bahrain government to pick and choose the areas it would like training on. It provides for all of the other controls you would expect: freedom of information; force majeure; confidentiality; intellectual property; termination; bribery. Why not human rights? Saying that this will be slipped into a subcontract does not seem to be an effective way to protect against human rights risks, especially after resisting disclosure of any of these details to a parliamentary committee.”

The stories you need to read, in one handy email

Read more
Sayed Ahmed Alwadaei, director of advocacy at the Bahrain Institute for Rights and Democracy, called for the UK to end the commercial relationship between the college and Bahrain’s Ministry of Interior. “We have continued to document widespread and systemic rights violations committed by the Bahraini police throughout this training, which started in 2013,” he said.
“If anything, abuses at the hands of the police have increased in 2016, amid a culture of impunity and a lack of transparency from both British and Bahraini institutions. As a result, the training has done little more than legitimise the status quo. Over the past few months, Bahrain has let go of all pretences of reform by cracking down on peaceful demonstrations, torturing detainees and arresting anyone with a critical voice.”
Pubblicato da Studi ME Africa a 12:20 AM