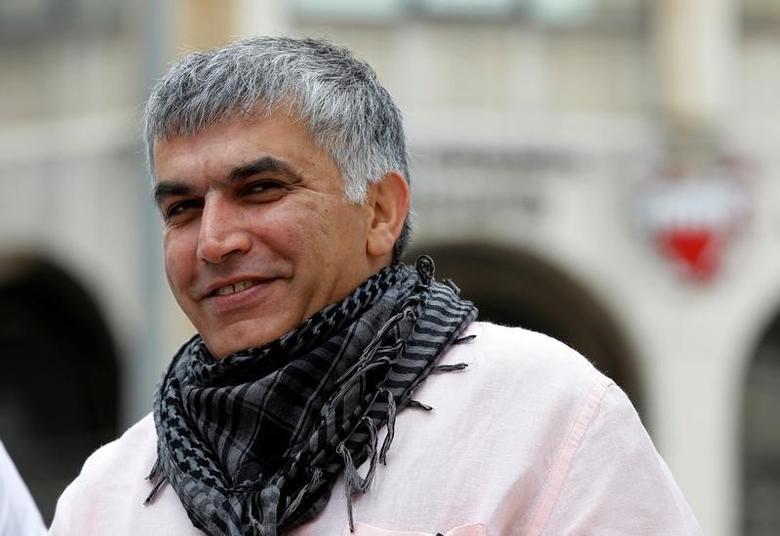 The United States voiced concern on Tuesday about the detention of leading Bahraini democracy campaigner Nabeel Rajab and called on the Manama government to release him immediately.
The call by the U.S. State Department came just two days after The New York Times published a letter by Rajab that said he was facing prosecution for his work exposing human rights abuses in Bahrain and criticizing the war in Yemen.
Prosecutors in Bahrain filed new charges on Monday against an unidentified man, believed by rights activists to be Rajab, for "publishing a column in a foreign newspaper in which he deliberately broadcast news, statements and false rumors that undermine the kingdom's prestige and stature."
Asked about the new charges, State Department spokesman Mark Toner said the United States was "very concerned" about Rajab's "ongoing detention and the new charges filed against him."
"We call on the government of Bahrain to release him immediately," Toner said. "We have concerns about the state of human rights in general in Bahrain and we're engaging with the government ... on all these issues."
Rajab said in his letter to the Times that he had been detained, mostly in isolation, in Bahrain since the beginning of the summer. He said Bahrain had some 4,000 political prisoners and the highest prison population per capita in the Middle East.
"This is a country that has subjected its people to imprisonment, torture and even death for daring to desire democracy," Rajab wrote. He said he also was accused of "insulting a neighboring country," Saudi Arabia, by sending notes on Twitter calling for an end to the war in Yemen.
Rajab, who met with U.S. Secretary of State John Kerry earlier this year, was critical of the United States for selling billions of dollars worth of arms to Saudi Arabia for the Yemen conflict.

Rajab said recent strong U.S. statements on Bahrain's human rights problems were good "but unless the United States is willing to use its leverage, fine words have little effect." He urged U.S. President Barack Obama to use American influence to resolve the Yemen conflict.
Opposition political groups in Bahrain staged large protests during the Arab Spring of 2011, when demonstrators across the Arab world took to the streets calling for greater democracy. The protests in Bahrain were put down when neighboring Saudi Arabia sent troops to restore order.
Political tensions have continued since then in Bahrain, which is home to the U.S. Fifth Fleet.


(Reporting by David Alexander and Arshad Mohammed)
Pubblicato da Studi ME Africa a 1:16 AM