Mahmoud Cherif Bassiouni, the Chairman of the Bahrain Independent Commission of Inquiry (BICI), passed away on 25 September 2017 at the age of 79. Bassiouni was a former Distinguished Research Professor at DePaul University College of Law, and he received an LLB from the University of Cairo, a JD from Indiana University, an LLM from John Marshall Law School, and an SJD from George Washington University. His previous work with the United Nations (UN) was centered on a variety of human rights issues and he participated inother international commissions in addition to the BICI, including onLibya, Afghanistan, and the former Yugoslavia. 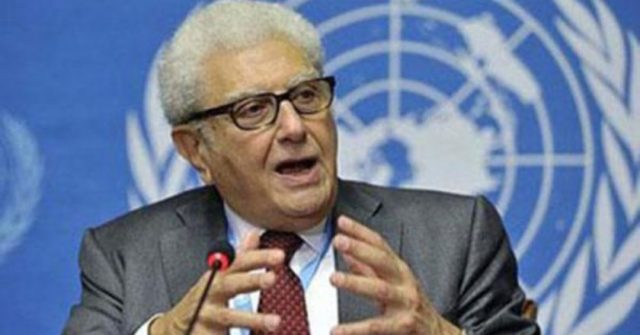 In response to the 2011 pro-democracy uprising, the Bahraini government violently suppressed the rights to free expression, assembly, and association. This crackdown resulted in thousands of arrests and widespread human rights violations, including the torture and mistreatment of detainees. Following international outcry, Bahrain’s king established theBICI on 29 June 2011 as a “fact-finding commission… to investigate human rights crimes committed by the Bahraini security services.” Usually, such commissions are proposed and assembled by the UN, but the BICI was created directly by the king, with Bassiouni at its head.
The BICI received over 8,000 complaints of human rights abuses between July and October of 2011, which it then investigated, compiling a report on its findings. The report documents allegations of human rights violations, incidents of violence, the extent of involvement by foreign actors, media harassment, and other issues, concluding with a list of 26 reform recommendations to the kingdom. Since the report’s publication in 2011, however, the Bahraini government has not made any progress on eight of these recommendations, partially implemented 16, and fully implemented just one. In January 2017, the government reversed one of the only BICI recommendations it had fully implemented by restoring arrest authority to the National Security Agency (NSA) – a Bahraini intelligence body that the BICI found to have been implicated in torture and extrajudicial killing. Shattering the Façade, a report released by the Bahrain Institute for Rights and Democracy (BIRD), Bahrain Center for Human Rights (BCHR), and ADHRB, details the implementation status of each recommendation.
Despite overwhelming contrary evidence, the Bahraini government remains insistent that it has fully implemented the recommendations. The authorities are so unyielding on this false claim that they held a ceremony celebrating their “accomplishments on human rights over the last five years” in 2016. According to Senior Advisor to Human Rights First Brian Dooley, the “king’s uncle (Prime Minister) and son (Crown Prince) joined other senior ruling family members at an orgy of self-congratulation.” Despite the kingdom’s claims of improvement, Dooley stated that “the fundamental problems have been left untouched — no senior government figure has been brought to account for the torture, trials are still grossly unfair, and people are still routinely imprisoned for the peaceful expression of their views.”
Moreover, state-run and pro-government media outlets falsely reported that Bassiouni and various members of the BICI had resigned and/or denounced the group’s work. The pro-government newspaper Al-Ayam ran a story entitled “No Evidence of Crimes Against Humanity in Bahrain”, wherein Bassiouni was falsely quoted as  having said the following: “I swear to God, if I have found any evidence, even on October 30h, I would have added it to the report, I can not make anything up.”Such reporting, according to Bassiouni himself, was completely fabricated.
Although Bassiouni previously credited the Bahraini government with substantial progress on the recommendations, he emphasized that there was, and is, “still more work to be done,” particularly regarding “priority” reforms such as those pertaining to accountability and prisoners of conscience.
Mahmoud Cherif Bassiouni leaves behind a record of achievement in human rights, and his work with the BICI remains a positive milestone for reform in Bahrain. ADHRB is saddened by his passing, and calls on the Bahraini government to honor his legacy by committing to the BICI recommendations in good faith.